About this Fitness segment: BestHorsePractices is dedicating a entire section to Rider Fitness. 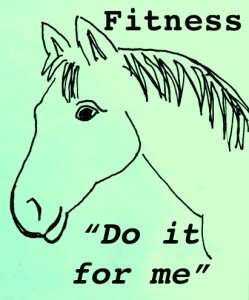 Stay tuned for upcoming features from:

Editor’s Note: Martin Black grew up on the Ace Black family ranch in Bruneau, Idaho, and was influenced by his father, grandfather Albert and uncle Paul Black. After school he worked on ranches in Idaho, Nevada, and California, working with top horsemen and bridlemen, Charlie and Bill Van Norman, Ray Hunt, and Tom Dorrance, among many others.

Over the years, he has started thousands of colts and now travels throughout the U.S., Europe, and Australia, offering horsemanship, ranch, and roping clinics. He is the co-author with Dr. Steve Peters, of Evidence-Based Horsemanship. 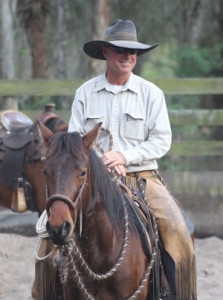 On planes and in airports, Black sees more than his share of heavy, aging people. He’s also seen young cowboys who’ve gone to work in the mine or otherwise have moved away from horse work.

“I see a lot of cowboys who start out young and trim. Then, they get a bit heavy and lose their strong back. As soon as they lose that, they have back problems,“ he said. “That’s not where I want to go.”

Recently, he cut out bread and sweets from his diet since he found that with so much traveling and business, it was easier to eat well than maintain any specific fitness regime.

Black has established up some other healthy habits:

He’s seen clients doing yoga and has picked up some exercises. “I don’t have a whole yoga routine, but I’ll make myself stretch. I’ll stand on one leg and bring my heel to belt. I’ll straighten it out and bring my chin to my heel. If I’m near panels, I use them to stretch my legs, back, and joints just so I can keep putting my foot 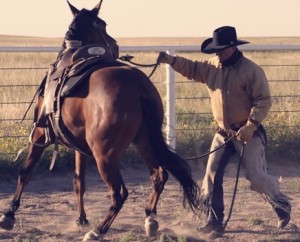 in the stirrup,” he explained.

Not many good horsemen are overweight or with poor posture in the saddle, he’s observed.

“People who ride like a sack of potatoes, with sorry postures don’t offer the horse a very good feel. You will see their horses hunting for rhythm. You need a firm, though not stiff, posture in order for the horse to have energy. I can tell by the way riders are sitting just how motivated their horses will be.”

Black pays particular attention to balance in himself and in his horses. Some of it goes back to his time with Tom Dorrance:

“I remember someone asking Tom once if there was one thing he wished he’d done differently when he was younger. He said he wished he was more ambidextrous. I was a teenager at the time and that sounded like good advice to me. From then on, I’ve tried to do more with my left hand, pounding nails, whatever. I work colts off both sides, and rope off horses from both sides. The work is essential for a complete horse and a complete rider,” he said.