The more you know about your horse’s vision, the better partner you’ll be.

Most of us don’t give horses enough credit and responsibility for what they see and how they deal with it, according to several experts. The result is often more equipment and more head restraint, effectively stripping the horse’s use of this incredible, innate ability.

First, an equine optics primer, from The Mind of the Horse, by Michel-Antoine Leblanc:

Academic research and empirical evidence suggest restraining horses’ heads with rein pressure or mechanical means (martingales or tie-downs) is precisely the wrong thing to do when encountering tricky footing or obstacles. 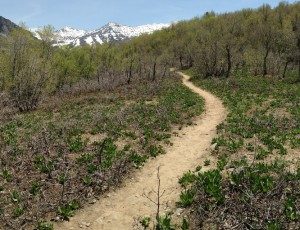 “Humans cannot extrapolate with any confidence what we see with our own eyes to what the horses see,” writes Leblanc. “Slight poll flexion enables both eyes to see the shape and irregularities of the terrain before it. Small sideways or vertical movements of the head adjust the animals’ vision to take in more of the environment, as needed.”

Leblanc suggests that riders who run steeplechase and jump would be particularly ill-advised to restrict their horses’ heads.

Ross Knox, Randy Rieman, and Martin Black together have more than a hundred years experience working with horses and mules. They spoke to the question of head restraint, especially as it applies to rough or unpredictable footing.

A protégé of Bill Dorrance, Randy Rieman has logged countless miles in rugged country, including years in New Mexico, Hawaii, and Montana (which he now calls home). He spoke between clinic stints in Michigan and Europe. “I like to let a horse rearrange his head to get better views of the landscape. I give him the liberty to do that. How they feel, posture-wise, is more important than how we feel. Our safety depends on their comfort.”

Years ago, when working with less nimble or athletic horses, Rieman and his friend, Bryan Neubert had a solution: they set them to traveling in a prairie dog town, where the ground was treacherously full of holes.

“It increased their motivation for self preservation. It was super-helpful to turn that responsibility over to the horse,” Rieman said.

“If you continuously hold onto the horse [by rein contact], all the rider information is rendered meaningless. Let the horse balance by dropping the reins, even if it doesn’t fit the right picture in the rider’s mind.”

Ross Knox has logged some 40,000 miles as a Grand Canyon packer. That’s more than anyone. For years, he led equines along the incredibly narrow trails to the Phantom Ranch, a historic oasis at the bottom of the canyon.

He spoke from his home in Midpines, California:

“All true horsemen are going to say the same thing as far as head restriction of any kind. Stay off the face. The horse knows where his feet are coming down better than you do.”

Martin Black, a fifth generation horseman and co-author of Evidence-Based Horsemanship, spoke to the pitfalls of too much head restriction:

“As we rein our horses, it’s likely for them to feel the need for their head to come up, to maintain their balance and in defense of themselves. Typically when the horse becomes suspicious and worried, the rider becomes worried and takes more control (which again brings their head up), which alters their vision, and the problem perpetuates.”

“Nothing is more underrated than turning a horse out to rough country. They’ll use their feet so much better,” said Knox. “It’s another part of training and you don’t have to be on them to do it.”

Recognize your horse’s limitations in confirmation and temperament. A big Belgian might not be your best choice for that Grand Canyon trek. Nor would a high-powered, cow-bred horse.

“If I did not trust the horse to stay on the trail, I would get off and lead them or do training exercises to help them learn the importance of where to put their feet. But I would be very careful about distracting the horse by taking their attention off the trail and toward me,” said Black. A recent twilight ride in the Oquirrh Mountains

In experiments, horses could identify black shapes on white background in areas where the darkness was comparable to a moonless night. (Humans fared much worse.)

“It is only when the dark is almost total as in a dense forest with a moonless sky, that they lose their ability to distinguish objects, although even then, they can still navigate familiar surroundings,” writes Leblanc.

But don’t expect this kind of performance if you’ve just taken them from a well-lit barn. It takes 30 minutes for them to adjust and gain night vision. Horses also struggle with shadows and abrupt changes in light.

Watch this video on how we believe the horse sees. 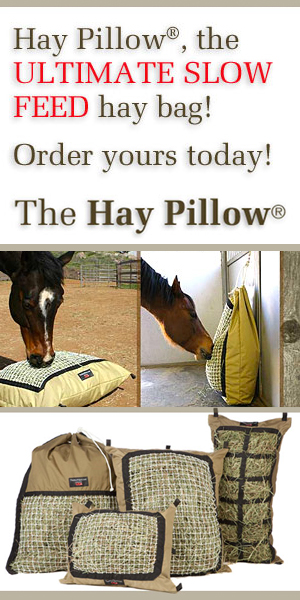