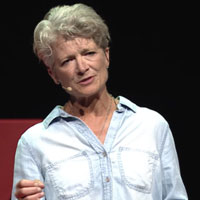 Editor’s Note: We hear this week from Nancy Lowery of Calgary, Alberta. Lowery has been blogging about her Leadership Learning through Horsemanship Experiences for more than a decade. A recent interview series by Lowery explored what Calgary leaders have learned through their relationships with horses.

“He’s not halter broke. You should be in the morning colt start class.” boomed from the arena speakers. I was in an introductory horsemanship session and more than a little confused. After all, I’d loaded the horse into the trailer and hauled him to the clinic. I could lead him, tie him, and ride him. I thought that meant he was halter broke. 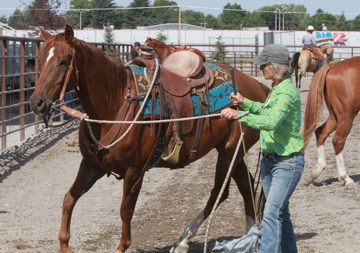 At an early clinic, Gabe goes through the motions, braced and unengaged

Fast forward to last summer, that colt Gabe was now eight. He was still bracey, but I could disengage his hind end and shut things down before we ended up in a wreck. However, having to go through that process has its limits. So I decided to start him again.

Drawing on Tom Dorrance’s words “If that doesn’t work, do half as much,” many obvious questions began to appear. It was as if I’d finally decided to pay attention.

My first Ah-Ha moment was in the round pen. How did he move without me? During our first session, he braced, tipped his nose out and cross-fired. No wonder riding him was a challenge. I stood there until he was ready to relax and stop.

Over these past seven months, I have approached everything with Gabe as if it was the first time. Each time I worked with him, I assessed the tiniest moments of change. It has been a fascinating experiment. I now understand what pressure means to a horse. 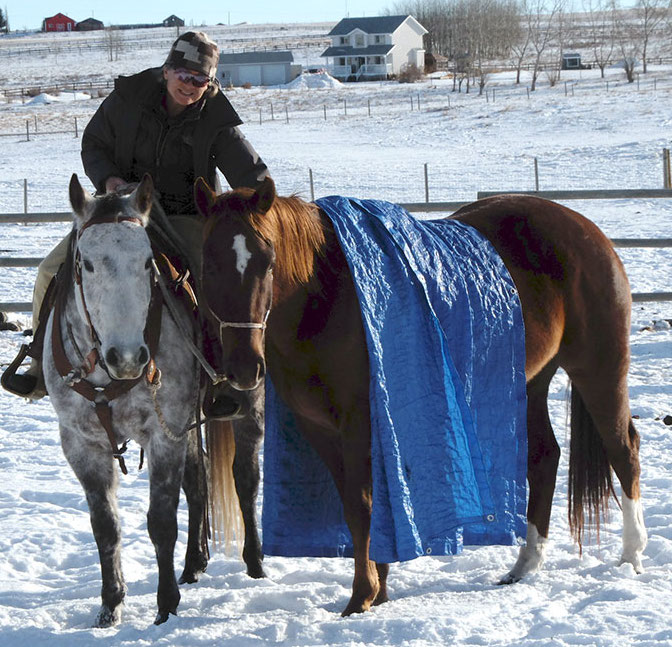 In her article, Upside Down Horses Are My Good Fortune, Amy Skinner offers that sometimes you have to get creative. As I explored, Gabe also became more curious. Some days, all I would do is go out and halter him with the intention to lead him back to the barn. When there was even the slightest indication of a brace, the question became:

“How light can I be to get you to soften?”

We might not get anywhere near the barn. It has been a very slow process. But our progress has been huge.

In the context of leadership or communication programming, the acronym WAIT means Why Am I Talking?

In the context of horse work, WAIT means checking to see if what we’re doing is meaningful to the horse. It’s also: “Am I aware when I am doing something?” My horse sure is!

As it is for someone who was constantly tolerating criticism, pressure was something Gabe had learned to tolerate. While I thought I was talking, all he had heard was yelling. For the past four years, I realized I’d been like a nagging parent.

Some days, feeling the change took forever. Through waiting on him, though, I have developed a relationship that we didn’t have before. Now, Gabe will nicker when he sees me coming. He engages with me rather than just going through the motions. He is no longer heavy on the front end and his feet rarely get stuck. We are not there yet but everything I do with him is so much softer. 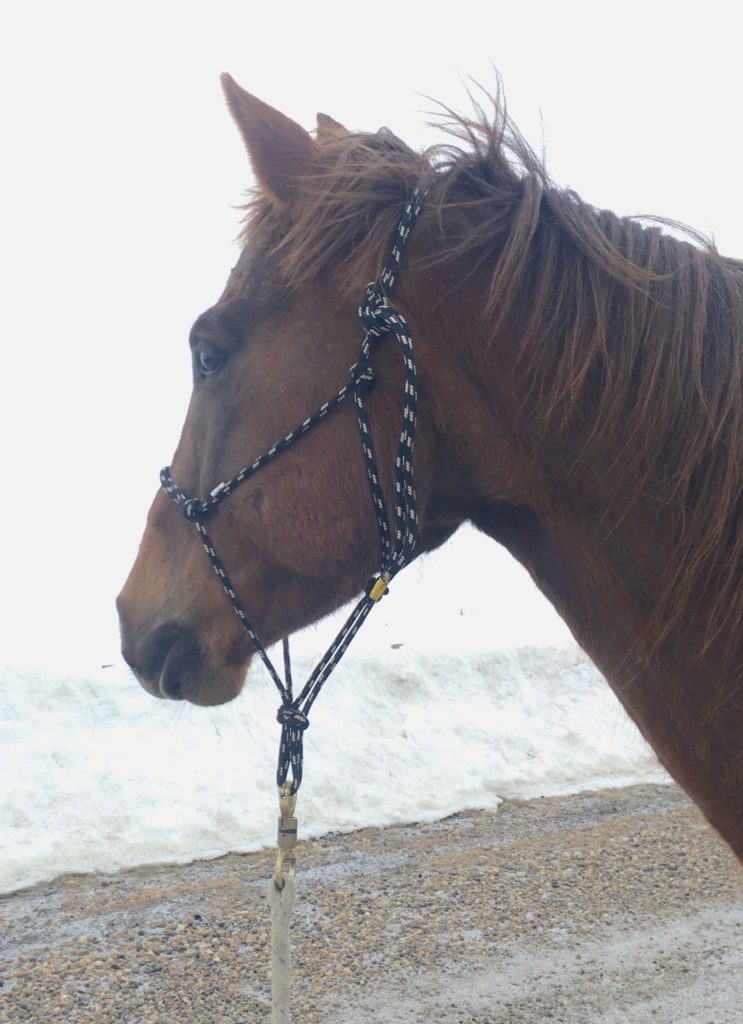 I have had the good fortune to work with many horses in my life. Yet the knowledge I’d acquired did not work with Gabe. He taught me I had to ask questions and to consider where he was, not where I expected him to be. He continues to teach me about myself. How much time will I allow for him to find answers? I have learned it is the pause after the question that makes a difference to a horse. It is what you do after the request, the WAIT, that creates a horse that is truly halter broke.

Posted in Learning to Connect, Training and tagged Nancy Lowery.