I just finished reading The Invention of Wings, by Sue Monk Kidd. The story takes place in South Carolina nearly 200 years ago, when the acquisition of knowledge for women and slaves was risky business. Books and educational resources were coveted treasures for Kidd’s main characters.

Nowadays, we’re awash in learning opportunities. Information flows like water from the Internet spigot. Our most important skill has become filtering the torrent.

As a life-long learner, here are some strategies I like to keep in mind.

Be wary of cognitive dissonance. That’s when you rationalize old beliefs and behaviors in the face of new and contradictory information. — 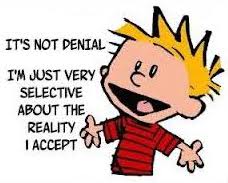 Be wary of schools of thought, especially old ones.

Learning Theory and Behaviorism, which focus on stimulus and response, continue to be popular despite their inability to address what we now know about neuroscience and cognition. I talked with Frans de Waal, a renowned scientist at Emory University, about it. He explained:

“Behaviorism considered the animal mind a black box. All we needed was behavior. No mental states or emotions were needed…[It] has stifled many attempts to consider animal intelligence. It has denied animals an inner life. Or at least, took the position that their inner life was unimportant and could not be accessed by science…They had not counted on neuroscience, which does access the black box, and not on the new studies of cognition which indicate all sorts of mental processes and, of course, emotions in animals.” 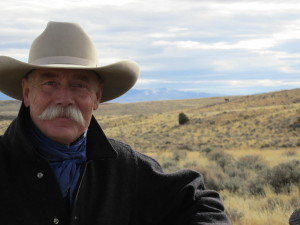 Don’t let your faith get in the way of being a good learner.

Randy Rieman is one of the most devout Christians I’ve ever met. But he’s just as committed to a life of learning and encourages students to “think outside the box in everything in life.” He adds, “The more you realize that there’s way more outside the box than there is in the box, then the more exciting it becomes to think outside the box.” Read more about Rieman.

Talk to your Outer Circles.

My friend, David Sturt, wrote about outer circles in Great Work: How to Make a Difference People Love:

“We talk to the same five or ten trusted confidants, allies, and buddies about 80 percent of the time…Our outer circle simply means those people that we don’t normally talk to …That’s where we’ll find divergent thinking, unexpected questions, novel ideas, differences of opinion, and added expertise,“ he adds.

Read more about it here.

Talking with outer circles stretches your comfort zone. As Rieman likes to say: “Your circle of comfort and your horse’s circle of comfort – they must constantly expand, otherwise they will shrink.” Read more about Comfort.

Consider the hierarchy of evidence.

Your favorite clinician doesn’t always have the best answers, even if he/she is a smooth talker and looks good. Read more about levels of research here.

The most circulated items on social media are almost always fat on flash, thin on real science. Read about the Information Diet.

Have fun out there. As Ms. Frizzle would say, don’t be afraid to make mistakes and get messy.