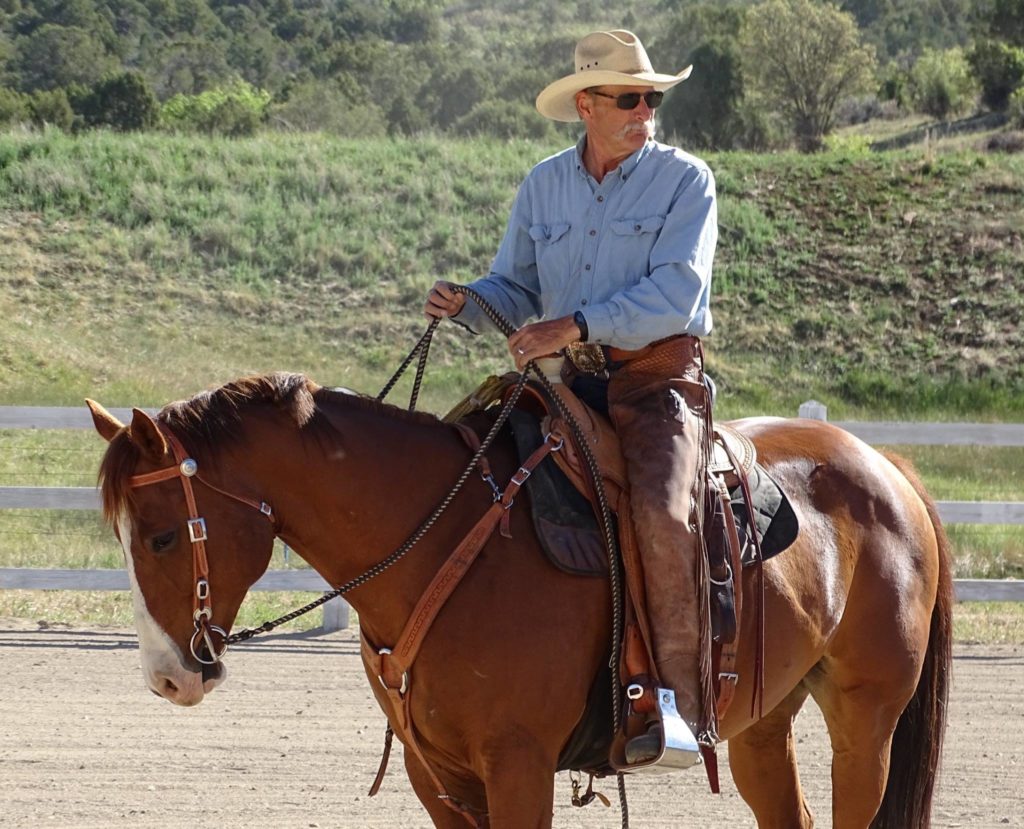 I met with Mark Rashid and Crissi McDonald in Mancos, Colorado, for a wide-ranging conversation on horsemanship and life work. This is the Part One of our interview.

When we started chatting, I asked about the use of tools – like spurs and flags. Mark and Crissi lean away from them. As it happened, I’d just been helping a rancher sort cows through a network of corrals and gates. My friend suggested I use spurs for faster gate work.

Maddy Butcher, Cayuse Communications (CC): My friend felt I should be wearing spurs all the time. But in your mind, it’s a non-starter?

Mark Rashid (MR): People end up focusing more on the tool. It’s not necessary. I think I last used them in the 1980’s. My goal is to be able to get the response I want without having to use them. If they’ll do it with a spur, they will do it without.

How do you elicit that?

The horse I was riding yesterday. When I got him, I knew he had been ridden with spurs. He couldn’t move off the leg. It was hard to move forward. So, how do you bring a willingness back out? To me, it’s all about developing an understanding.

CC: Right, for a horse that’s been dulled down. How do you get back what it once had? 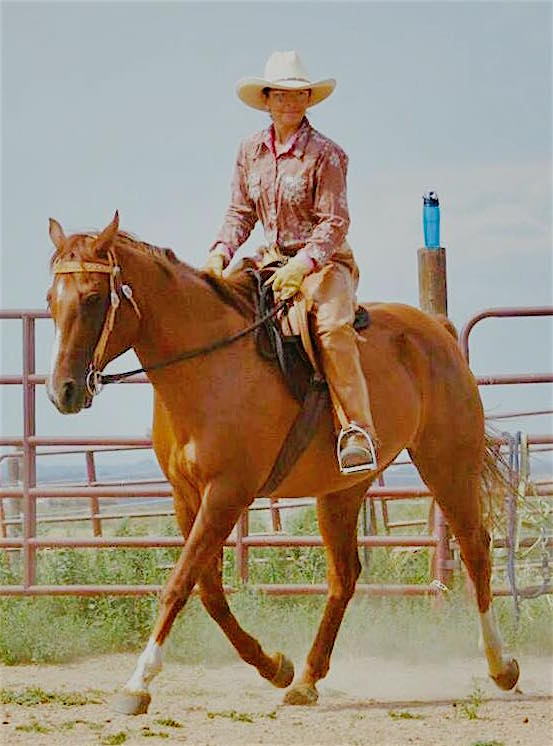 MR: Whenever I talk about something, I’m considering my work. I’m not saying that spurs don’t work for others. I would rather try to find a way to elicit that energy without using them. And a lot of times what I find riding a horse like that is he’s been given the answer but he doesn’t know how to get to the answer.

The example I use is:

The good news is you know the answer to 1 + 1. The bad news is you don’t know how to add. So, now you can’t extrapolate that out and apply it elsewhere.

Horses get like that, too. They might have the answer, but they don’t know what they are doing.

CC: That’s excellent. What about those riders who may not use any offensive tools, but still end up with a dulled-down or resentful horse because they have done a bunch of nagging? 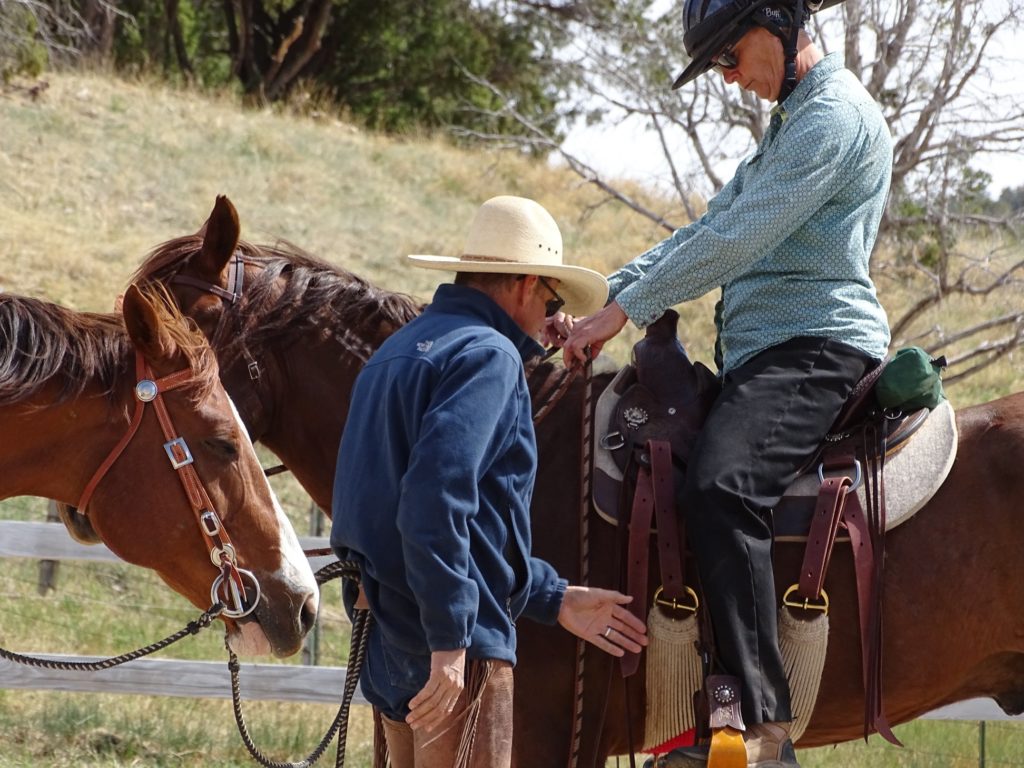 MR: Take for instance a horse that’s dull to the leg. It’s dull because there has been too much leg use or there hasn’t been release. Or both. So, how do you re-teach the leg? It always starts with the internal aspect. And if someone is wearing spurs, I’m not going to ask them to take them off. We like to work with what is working, not throw the baby out with the bathwater. We find what’s working with what they are doing and build on it instead of saying, ‘no, you have to throw everything out and do it this way.’

CM: We were just at a California barn with a lot of hunter-jumpers. All of them used those little English spurs. But through the lessons and the emphasis of using the internal, there were comments that they needed less and less to go to their spurs. Their horses were responding more from what was inside of them. They wore them. That’s what they felt comfortable with. But they also remarked that they were using them less.

MR: At that barn, they were integrating what we offer into what they do. They weren’t abandoning.

Coming next week: Mark and Crissi discuss their work with Aikido and horsemanship.

They return to Mancos, Colorado, in July and September. Check out their schedule here.