We started exploring the outstanding riding opportunities in the Mancos, Colorado area. Read about the move to Colorado here. 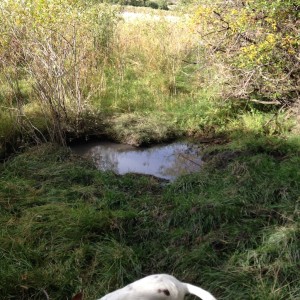 As ignorance and luck would have it, the first ride brought a pretty decent scare:

On the return leg of a six-mile trek, we were cutting through some wet spots near a tiny creek. I deviated ever so slightly from a cattle path. Shea immediately sunk up to her belly. She struggled mightily. I jumped off and got out of her way.

The big, half-Belgian girl was seriously stuck and she fell to her side, shaking all over and closing her eyes

As I learned in Technical Large Animal Emergency Rescue, a large animal’s legs slip into mud easily, like a knife going into peanut butter. But pulling them out is another effort altogether. 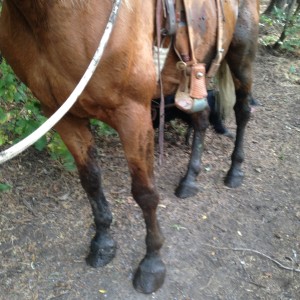 Mud lines from sinking up to her belly

I knew that adding water or air (open, unmuddied space) were the only ways I could help Shea get out of this treachery.

Steve got off and came to help. He stayed at her head while I frantically tried to free up her legs, digging and pitching mud with my hands. I thought for sure (by how her legs looked and by how she was acting), that she had somehow snapped a bone in her struggles. While I worked, she was calm, shaking, but still.

With as much mud cleared as possible, I asked her to try once more. She gave a big heave-ho (cold-cocking Steve in the process) and raised herself out. We walked for a few strides. She was amazingly, thankfully, completely fine.

In the meanwhile, the ground-tied Comet had taken off, trotting all the way home (Apparently, she had learned pretty darn quickly where ‘home’ was.)

Otherwise, the ride was beautiful! And, heck, we learned to steer clear of wet, grassy spots. 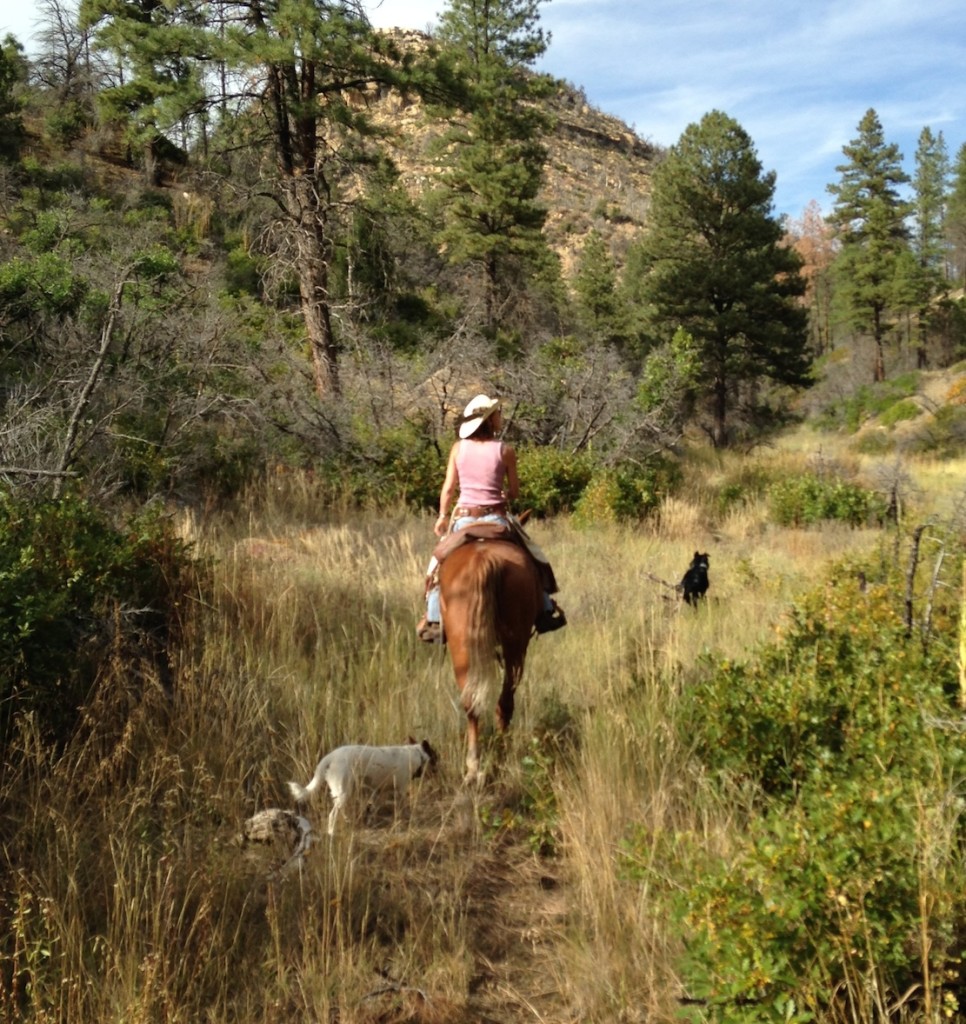