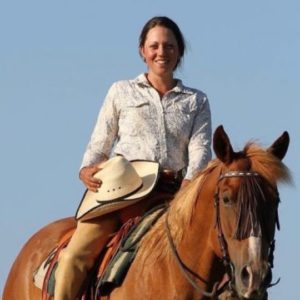 Editor’s Note: Amy Skinner is a regular guest columnist and has been a horse gal since age six. She will present an arena demonstration with fellow trainer and rider, Katrin Silva, at the Best Horse Practices Summit.

She rides and teaches dressage and Western. Skinner has studied at the Royal Andalusian School of Equestrian Art in Spain, with Buck Brannaman, Leslie Desmond, Brent Graef, and many others.

Most of us have ridden or handled a braced horse at some point in our riding lives.  Stiff and resistant horses are, in fact, more common than soft and compliant ones. 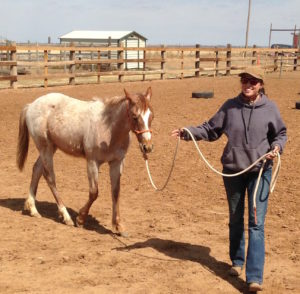 Unfortunately, training often focuses on correction rather than offering a feel for a horse to follow. Corrections contribute to brace; they place emphasis on what a horse should not do, rather than emphasis on making clear what it should do.

For example, in groundwork, when a horse leans on the lead rope, many trainers will bump or tug the rope to request the horse “get off” the rope.  When trainers feel pressure from the horse, they respond with pressure.  It might be effective, but can often produce concern from the horse, or more tension.  Sometimes you end up getting a horse that bobbles in and out of heaviness and over-softness. It’s not learning to follow a feel consistently. Instead, it hides from the rider’s or handler’s hand.

Sometimes, we mistake confusion for resistance.  Making a correction when the horse is momentarily confused can be detrimental to a horse’s confidence. 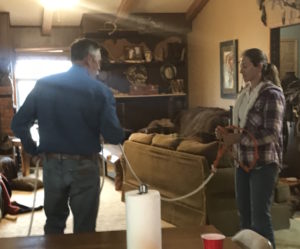 I recently took a week-long halter-starting class with Brent Graef in Canyon, Texas.  It was a return trip to the Graef’s and this time I came away with an entirely different concept of softness.

Brent gave us a demonstration of following a feel on a halter and used me as the horse.  In a living room, I took the halter in my hands and closed my eyes while he took the lead rope in his hands. Admittedly, I was a little nervous, even though I knew there wasn’t any reason for concern.  My class was watching me and I suddenly realized I didn’t know the layout of the furniture. I worried I might bump into something or be a “bad” horse. 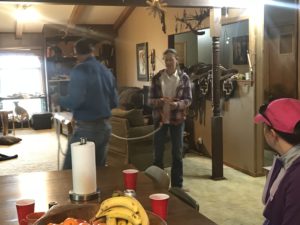 He told me to only do what I felt. He did not use words to communicate with me.  When I felt a light feel in the lead rope to come forward, I did so, but very tentatively.  I felt no pull even though I was walking very slowly, taking cautious steps forward.  Another message come through the rope but wasn’t sure what it meant.  I stopped to consider it for a moment. Again I felt no pull, only the steady feel of that very quiet message.  I realized he wanted me to turn, so I followed that.

Soon enough, I was relaxing after realizing I was not going to get in trouble for making a mistake. I could have time to process information and experiment. I was following the feel of the rope all over the living room, turning left, right, stopping, and following the smoothest request in the lead rope to take steps back.

I thought I was doing a great job at backing up on a feel, when suddenly I felt a pull forward in the rope. I immediately braced up and stopped.  The feel was so disconcerting after the confidence I’d gained that I had the distinct urge to sit down, quit, or run away.  I laughed at this thought when I realized it: I was completely trusting him to get around and then felt betrayed by this horrible feeling.  It made no sense. It didn’t match the other messages he’d given me. I was actually angry for a moment. The pull continued until I stepped forward, but I was so concerned I opened my eyes and said, “What gives??”

Brent laughed and said, “I was asking you to come forward while you were backing up and you didn’t respond soon enough. So, I pulled you forward.” 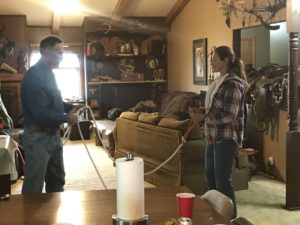 I was shocked. He went on to explain how a horse can become extremely discouraged by lack of smoothness, by mistakes, or by our lack of patience.  His point was suddenly crystal clear.  I had been feeling confident, and then I didn’t trust his feel.  “Let’s try again,” he said.

I closed my eyes again, and reluctantly walked forward with the feel.  It took a while to regain confidence and it never got back to its prior level.

“Now do you understand?” he said. I did.  He was trying to show us how:

These tiny but significant moves could cause so much damage, especially to a sensitive horse like myself.  If I were a horse, I would have taken off in an instant and become very good at it. (In horse-speak, my sense of self-preservation is very high.)

I was suddenly overwhelmed with guilt from a thousand horses who had tried to take off, become heavy on the lead rope after tuning me out, pedaled backwards, shot their heads up – All ways they had tried to tell me that my feel was offensive.  I thought they were resistant. The thought occurred to me that they were resisting my feel. As usual, the problem was me and my presentation.

The more I learn, the more I realize the problem is rarely the horse. 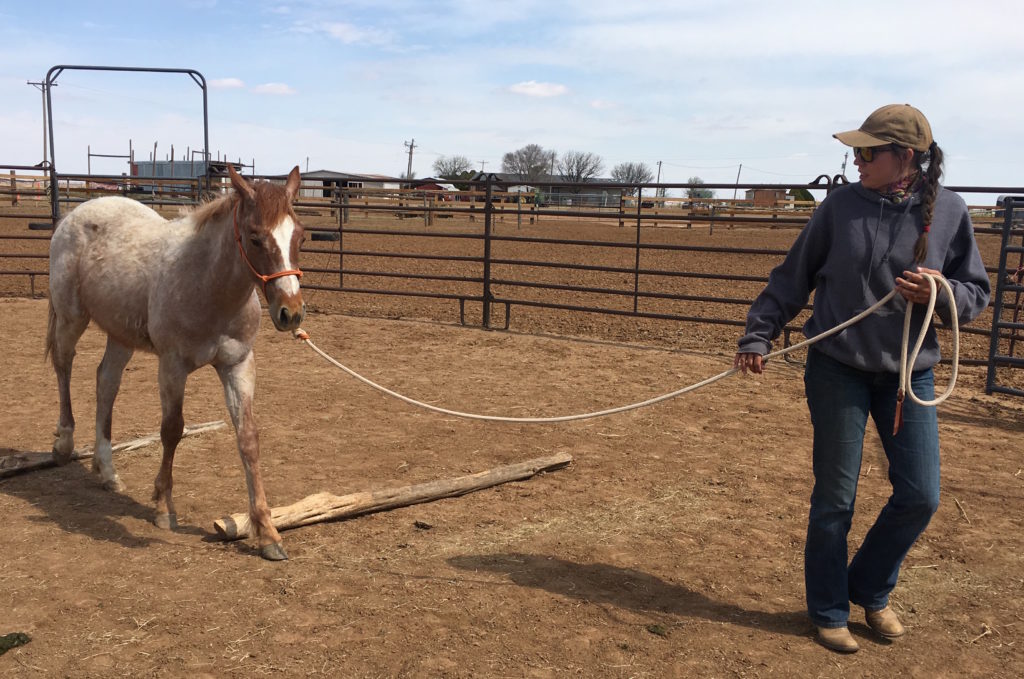