Editor’s Note: Amy Skinner is a regular guest columnist and has been a horse gal since age six. She works with owner/operator Jim Thomas as a trainer at Bar T Horsemanship where she rides and teaches English and Western. She also maintains Essence Horsemanship. Skinner has studied at the Royal Andalusian School of Equestrian Art in Spain, with Buck

Brannaman, Leslie Desmond, Brent Graef, and many others.

Meet Skinner and Thomas at the Best Horse Practices Summit

Here, Skinner shares some notes on horses and riders.

Ray Hunt said, “The first time you ride a horse, he’ll cost you money. The second time he’ll hold his own. The third ride, he’s on the payroll.”

Over the years, I’ve thought a lot about this process. It has a different meaning to me now than it did years ago. The young horses I started always came up with some resistance to my leg or rein or body aids during the first week of riding, and I always figured they needed more time to sort things out.

This month, as I start a group of young horses at the Bar T, I’ve had a bit of an epiphany: 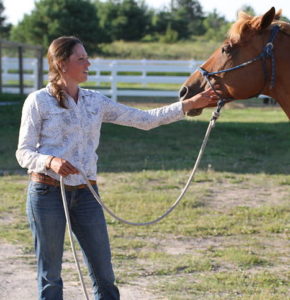 Before riding them, all the work I did with them on the ground was directly related to riding. I asked them to carry themselves a certain way. I looked for lightness and relaxation with my cues.

Beyond these requirements, I also asked the horse to play a part. In other words, I’d ask myself, “How can I get this horse not simply to accept what I’m doing, but to be a part of it? 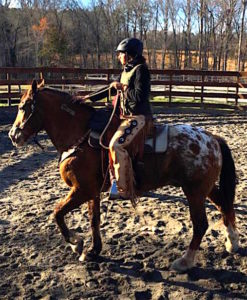 What were the results to my new approach?

My group of colts right now are on their second and third rides. They are walking through water, going out on the trail, opening fences, and loading cows up onto a trailer.

I believe the reason these colts are so handy and relaxed is because they’ve been contributing since Day 1. Everything we did under saddle was just the next thing from what they’d already been doing on the ground. It wasn’t a shock or big change from their pre-riding life to going under saddle.

I think of bosses I’ve had. In jobs where bosses told me what to do, I complied because my paycheck depended on it. I did what I was asked, nothing more.

In jobs where my bosses asked me to participate and treated me like a work partner, I felt valued and offered more. I noticed things that needed to be done and did them without being asked. I was part of the whole, not just someone being directed and waiting to get done and go home.

I believe horses feel the same. At the risk of humanizing the horse, I feel that when horses who are asked to take part and have jobs, they have pride in their work. I see this when my colts get confident after moving a cow, or ponying another horse, or opening a gate. They know they contributed to something and feel confident about their ability.

I feel sad for horses who just get ridden around in arenas, show pens, and trails where they are just told to perform, go, stop, and turn. I hear people blame their horses regularly, but to me it sounds like excuses for poor horsemanship:

“My horse hates water, he’d never go through that.”

“That’s all well and good on a gelding, but try doing that with a mare.”

“Oh but he’s an Arab/Warmblood/Showhorse/donkey/mule…”

When riders insult their horses, what they’re really saying is that they as riders are too afraid, ignorant, or unwilling to change. Horses need to be respected as intelligent beings with a lot to offer.

So who is the freeloader? You or your horse? As my teacher Alicia Byberg said, “Pet your horse and slap yourself.” I still haven’t heard better advice to this day. 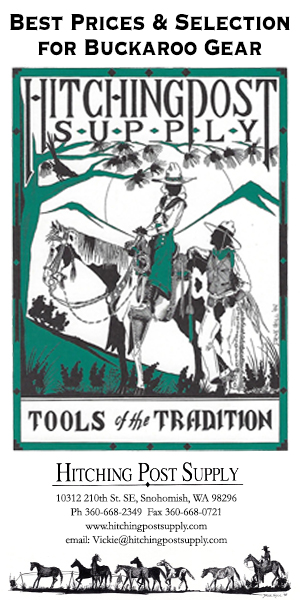