In the world of neuroscience, researchers and instructors have developed the “homunculus” to show through exaggerated size 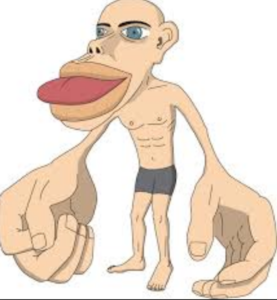 those areas of the human body which we know to have a greater representation of neurons in the somatosensory cortex in the brain, the main sensory receptive area for the sense of touch. Check out the image at right.

The Horseunculus is a model developed by Cayuse Communications to illustrate through exaggerated size and starbursts those areas which we know to be more sensitive, ie, having a greater representation in the somatosensory cortex of the horse’s brain.

Areas of high sensitivity include the entire head, especially the muzzle area (which is loaded with vibrissae, or whiskers, each of which has its own nerve). Horse’s eyes, ears,  tongue, and nose are represented by larger portions of the somatosensory cortex as these areas are densely populated with sensory nerves.

Withers, lower flank, and where the hoof wall meets the hairline are additional areas that have greater representation in this part of the brain. The horseunculus highlights through exaggerated size and starbursts those noted areas. 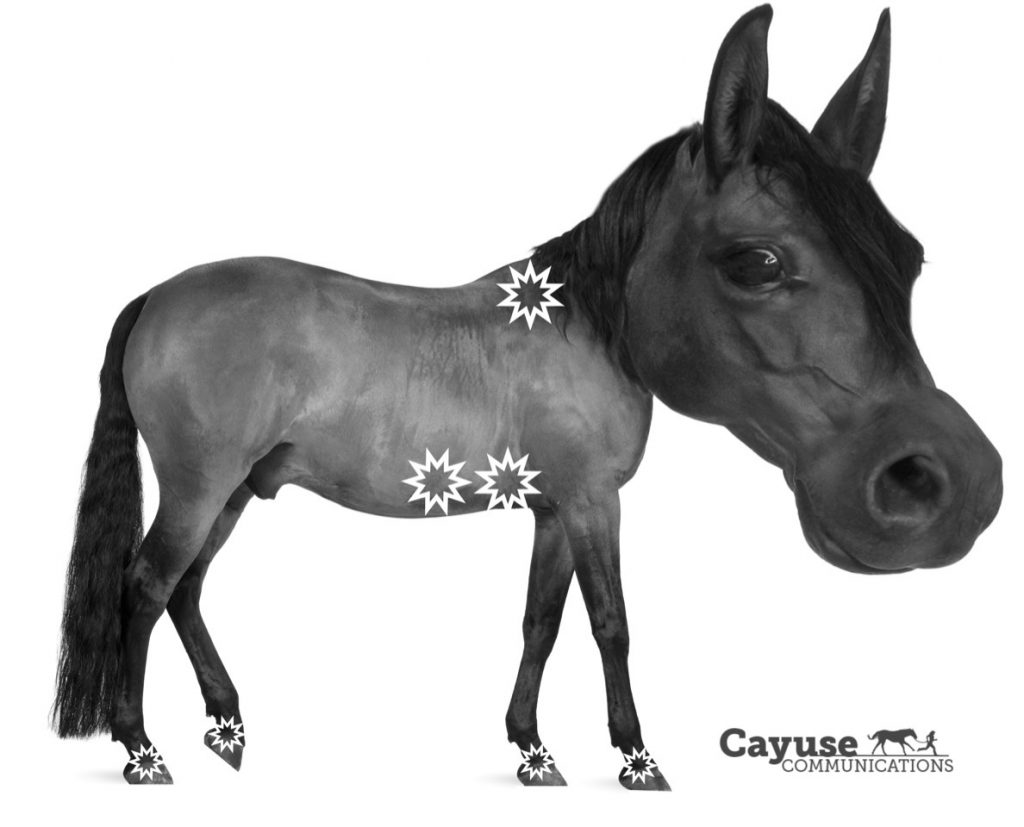 Posted in General and tagged horse-unculus.