Since we’ve partnered with Redmond Equine, many readers have received complimentary products like Redmond Rock salt. 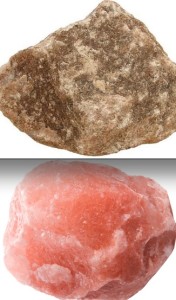 One lucky Mainer used some simple experimentation to find out which one her horses preferred, Redmond Rock or Himalayan salt.
She writes:

“ I hung the Redmond Rock right next to one of the Himalayan rocks on a string to see how it would be received. It took a couple of days before it was chosen, but now seems to be the rock of choice.

I must confess that I also took a lick of it when I unpacked it. It is yummy! If you haven’t already, you should try it! I am hoping that this will be readily available in this area, but if not will place future orders direct with them.

The Himalayan salt has more than met its match.”

Good job with the evidence-based work!

It’s nice, too, that Redmond Rock is American-produced and doesn’t have to be shipped 8,000 miles from Pakistan. That makes it a more sustainable purchase, too.