One of the silver linings of these contentious times is the intense, widespread examination of fairness in our culture and workplace – specifically, fairness as it relates to gender equality. 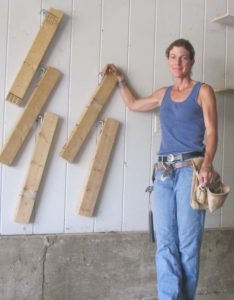 Perhaps like many of you, I entered the workplace as a teenager in the late 70’s and early 80’s and gravitated to jobs mostly done by men.

Perhaps like many of you, I was often the only woman on the job. I tolerated sexual harassment and bias in a way that now seems unacceptable, even spineless. Back then, however, I felt I could dismiss bad behavior for the greater gain: a position in a “man’s world.” With progress, men’s attitudes and women’s tolerance of those attitudes, would surely co-evolve to better places.

Annie Custer, a US Congresswoman from New Hampshire and co-sponsor of the new “MeToo” bill, thought so, too.

“I thought that we were there to create change,” she said in a recent interview. “It never occurred to me that 40 years later my nieces, my son’s girlfriends would have to be worrying about this in the workplace.”

Over the last few weeks, I’ve heard impactful stories from colleagues and friends of their personal experiences of sexual harassment and discrimination (and worse). I’ve also read research that illustrates how women often perpetuate gender bias against women. 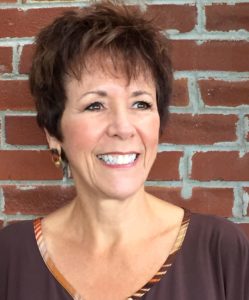 “I worked with a longtime manager of a major horse event here in the Midwest. She was a woman.  Every year we’d have a series of conversations about headliner clinicians to invite.  When I repeatedly suggested a number of female clinicians, her response was that she did not feel that men in the audience would be receptive to a woman clinician. My response was twofold: we’ll never know unless we try and someone needs to take the initiative to change the paradigm – let it be us.

I never won the debate. I feel that we need to educate the women as well as the men.”

How to move forward?

Interestingly, remarks I made at the debut of the Best Horse Practices Summit might apply to our current cultural state of affairs:

“Progress happens when we give ourselves time to listen, to observe, to absorb new information, and to experiment…”

I’d like to think there are parallels between improving our horsemanship and improving our standing as women. There are things we can do daily, on individual levels to change unsafe, unhealthy situations. There are small ways in which we can challenge ourselves and the status quo.

“For years – for centuries – the economic, physical, and cultural subjugation of women has registered as something like white noise. Lately, it appears we’re starting to hear the tune.…The increasing narrative clarity about male power does not always translate to progress. For women, it feels, all at once, shockingly possible, suddenly mandatory, and unusually frustrating to speak up.

“Being heard is one kind of power, and being free is another…Speech, right now, is just the flag that marks the battle.”

At BestHorsePractices, a site made better by scores of women guest columnists, we’d like to wave that flag. 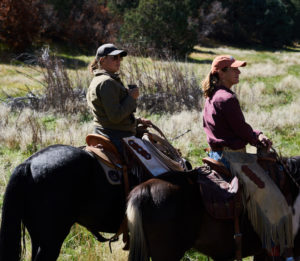 What are your stories?

How are you riding out the current tsunami of gender-bias news?