The more you use a whip, the less successful you’ll be over jumps. But carry one without using it and you may do better than without one.

That’s the gist of recent research by Catherine Watkins and Darcy Murphy of Hartpury College in England. Their findings were included in the proceedings of the International Society of Equitation Science conference held last month in Delaware. Click here for ISES pdf.

Taken at its most basic, the research correlates nicely with the barrel racing study done by Karen Waite at Michigan State University. She found that aggressive riding (with whipping and spurring) did not make for faster barrel runs and negatively impacted cooperation from horses. 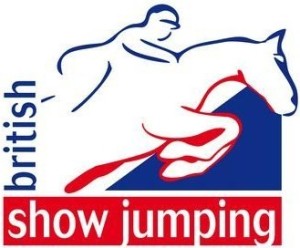 The Watkins-Murphy study looked at about 500 horse and rider pairs in British show jumping, at elite and non-elite levels. It found that the likelihood of faults increased with greater whip use. The researchers also discovered that novice riders use and carry whips a bit more than elite riders (a finding noted in the barrel racing study, too).

But the correlation between simply carrying (as opposed to using) a whip and jumping clear rounds shows an interesting element that begs for further study: 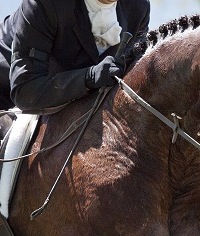 Could these results reflect rider confidence or horses knowing of the whip prospect?

Future research might test jumping rounds of the same horse and rider pairs with and without whips.

Whips seem to be increasingly viewed as counter-effective by the academic world. Dr. Paul McGreevy and others have shown as much in their investigation of Australian thoroughbred racing. And indications are that the studies may have some impact on the policies related to equine welfare.

For the record, some critics say these researchers are confusing cause with correlation:

•    Novice horses need to be reinforced and disciplined with the whip.
•    Novice riders need to use aids like whips until they refine their technique.
•    When the horses learn and partnerships get better, the whip goes away, critics say.

It’ll be interesting to see if the British Showjumping Association amends its rules to deter whip use.

At the very least, this British study helps us see that any tool – spurs and whips included – can be abusive or effective. It’s up to us as riders to use them appropriately and with respect for the welfare of the horse.