Yet, Robyn Doloughan, owner of Columbia Basin Knot Company and its retail division, Knotty Girlz, has stayed in the game and flourished. Her company, based in Valleyford, Washington, sells rope and makes rope halters, lead lines, mecate reins, and more.

Doloughan loves rope and Doloughan knows rope. When she first started in 2001, she researched double-braid polyester rope, a specific kind of rope used in yachting. It would “herniate” around some knots, she 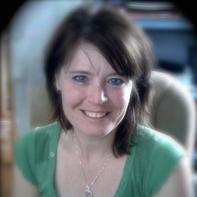 said. “A lot of yacht rope is not designed to be knotted in lots of places.”

So, Doloughan redesigned the rope to new specifications, with horses and riders in mind.

She tied her first Fiador knot back then, too. It took her seven hours to complete it. [Fiador means “bond” or “bondsman” in Spanish but over time cowboys have corrupted it to “Theodore,” and “Theodore knot,” especially after the popularity of Theodore Roosevelt and his Rough Rider stint around 1898.]

Knotty Girlz has succeeded by “never saying ‘no’” and by sharing expertise whenever possible. A customer wants an 11-foot lead line instead of the standard 12-footer? 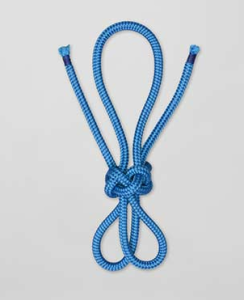 You’d rather buy rope and make it yourself?

No problem. And while you’re at it, make sure to check out the company’s videos on how to make a rope halter. Watch them here.

In her spare time, Doloughan volunteers to show 4-H groups and school classes how to make halters, dog leashes and jump ropes.

She’s in it for the customers, which include the horses, she said.

“Ultimately, we want what’s going to work for you and we want to make a safe product. We try to keep the horses’ best interest in mind, too.”

With that in consideration, no Knotty Girlz halters have metal ends (which, if handled too hastily, can hit and hurt a horse’s eye). Halters are made from a variety of rope diameters and have two or four knots over the nose to give handlers a choice of how each halter will feel on each horse.

Custom reins made by Knotty Girlz

The products are increasingly popular with trainers (Warwick Schiller’s a big fan.) as well as regular riders. Her husband, Kerrin Doloughan, who emigrated from Kenya and now rides with ranchers as a Bureau of Land Management Range Conservationist, often comes home empty handed, having given away yet another Knotty Girlz item. “They love them,” Robyn laughed.

Sales have increased about 25 percent annually over the last few years. Since 2001, the one-woman home business has expanded to include eight to nine employees. Knotty Girlz now sells mohair cinches from Montana and can add leather poppers or rawhide buttons to custom orders.

Enter “Cayuse” on any Knotty Girlz order and receive a 10 percent discount!