One of the benefits of moving west is getting closer to topics of interest. The mustang situation – one of the hottest hot potatoes in political, agricultural, equine, and environmental circles – is one of those topics.

After interviews with Bureau of Land Management officials, horsemen working with mustangs, scientists, advocates, and others, here’s what I’ve come to understand from a science-minded perspective:

While wild horses and burros are part of American history and the western landscape, they are not natives here. They are descendants of domestic stock brought west hundreds of years ago from Europe. To say they’re native and have been here for millions of years is wholly inaccurate, since those horses all went extinct about 12 thousand years ago in the Pleistocene epoch. Check it out here.

Usually, us humans tend to be reasonable and pragmatic about non-native species. Even with handsome ones like peacocks (natives of India and Sri Lanka) and Mute Swans (from Europe), we develop plans to eliminate or manage them on the grounds that they interfere with the natural order, the balance of the ecosystem. Read about peacock issues here and swan programs here. 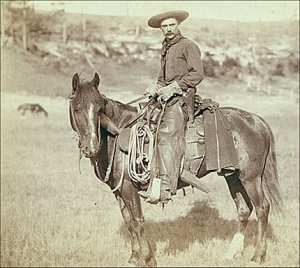 But wild horses and burros are special.

As a society, we’re conflicted about what to do about the problem we ourselves created. It was our ancestors, after all, who cast them out generations ago. [According to BLM officials, Americans continue 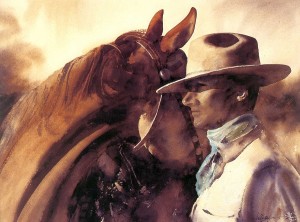 to cast out their unwanted equines. Read more about that here.]

A few stray horses turned out to the range wouldn’t necessarily be a problem. Natural predators (mountain lions and wolves) would help keep their numbers in check. But we’ve hunted the predators to minimal numbers and, of course, we don’t harvest horses like we do deer and elk.

Without effective predators, horses and burros can manage on available forage better than any other native species out here. That means their population flourishes at the expense of everything else, including Big Horn sheep, elk, deer, birds (which feed on the vegetation, too), even the soil, according to Montana State University’s Dr. Robert Garrott, one of the leading experts in the mustang population dynamics. Due to the horses’ impact, “the basic fertility of the landscape is affected. They exist to the detriment of all other species,” said Garrott.

Of course, cattle and sheep aren’t native either. Ideally, livestock’s impact on range conditions is controlled and monitored. It’s important to note, for instance, that livestock only graze during certain months of the year. Horses impact those areas year-round. In poorly managed areas, however, range health may deteriorate because of livestock while horses simply exacerbating the problem, noted Garrott.

Now is a critical time for vital policy changes, say all interviewed. Business as usual is not a sustainable choice. 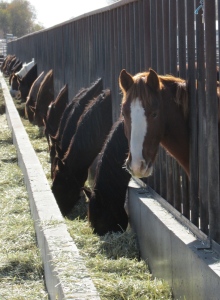 As noted here, the policy of culling horses and burros results in huge numbers at holding facilities (57,000 and counting) and allows those left to continue to flourish. Read NAS review of current mustang policy.

Left unmanaged (something proposed by mustang advocacy groups) would result in populations tripling every seven years. “Under these conditions, horses would be in poor health…and deaths from starvation and dehydration would become common,” according to Dr. Garrott and Dr. Madan Oli’s recent article in Science.

Garrott pointed to the dire situation in Australia to illustrate how bad things could get if America doesn’t change its wild horse policy soon. Because of overpopulation and drought, thousands of wild, unmanaged horses are dying of starvation. The government has organized controversial culls, shooting scores of them in lieu of standing witness to mass starvation.

While adding more horses to BLM’s burden may or may not safeguard their wellbeing, it undoubtedly does drive up our bill. The taxpayers’ tab is $75 million annually and climbing. Consider this: it costs more than a thousand bucks per horse per year for the life of a horse in BLM care. If each horse lives 15 years, that totals more than $15,000 per horse.

More adoptions would surely help; only 2,000 horses and burros are adopted every year. Read more about adoptions here.

The BLM has started to use contraceptives with some success. Geldings, vasectomies, and other forms of sterilization 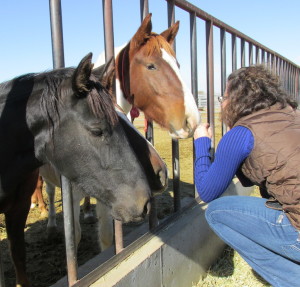 A visitor with horses at the BLM’s Delta facility

are also on the table, according to Gus Warr, of the BLM in Utah. Those efforts could play a significant role in reducing the growth rate of herds, according to the article in Science.

Garrott, speaking from his office in Bozeman, suggests stakeholders divide the issue and work for compromise on dealing with horses and burros on the range distinctly from the “gnarlier question” of what to do with those already in holding.

As you consider the issue, ask yourself, suggests Garrott: 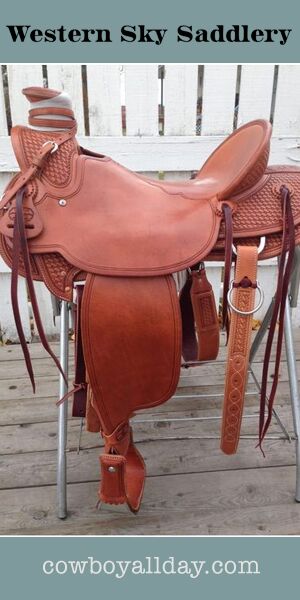