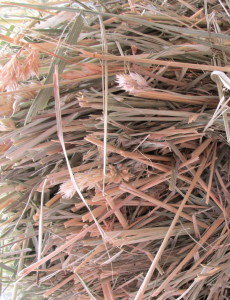 Despite the admonitions from the grain and supplement industry, scientists and horse folks increasingly agree: your horses will be just fine on pasture and/or hay and little else.

But the qualities of pastures and hay vary depending on myriad elements including soil, weather, season, and time of harvest. Heck, even the hour at which your crop is cut and how it’s stored can impact quality.

Hay is like the house you live in: easy to take for granted until something goes wrong. Learning how to fix the problem can be a frustrating endeavor especially if you’re not a contractor – or, in the case of your horse’s health – a farmer or forage scientist.

“I can imagine it gets pretty frustrating,” said Dr. Sally Flis, feed and crop support specialist at Equi-Analytical Laboratories in Ithaca, New York. “Especially if you’re not growing it yourself.”

This article provides a primer on hay nutrition, with hints on what to look for and what to avoid.

Each day, horses typically need to consume about two percent of their weight in hay. A thousand-pound horse will need 20-25 pounds of hay per day. That amount will vary depending on several factors, including age, metabolism, and activity. Mares and

foals will need more calories and nutrients, for instance. Horses in heavy work will need more, too. Ponies, donkeys, and mules generally can get by with less, either because of their metabolism or ability to digest poorer quality feed.

While experienced hay tossers may judge a bale’s worth by look, feel and smell, the more precise measure of quality comes from hay analysis. These laboratory findings typically show the following measurements. We’re listing them here with suggested guidelines for best horse health:

Moisture: optimal value is between 10-17 percent. A lower value may mean you have dusty hay (Dusty hay can aggravate a horse’s respiration, especially if the horse is stalled). A higher value may result in moldy hay. (Moldy hay can be problematic when inhaled, can disturb digestion, and may even be toxic.)

In other words, alfalfa and clover may provide your horse with more crude protein than it needs. There is such a thing as too much of a good thing; feeding too much alfalfa can lead to obesity problems, for instance. Obesity is directly linked to concerns like laminitis. Grass hay has a better record for helping to prevent colic. 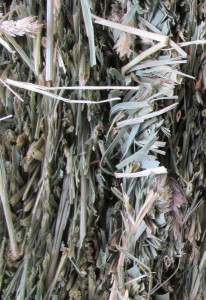 Acid Detergent Fiber (ADF) – this value concerns poorly digested material. Lower scores are better. 30-35 percent is acceptable. Values higher than 45 percent tells you there’s not a lot of nutrients in the hay.

Neutral Detergent Fiber (NDF) – this value indicates insoluble fiber. 40-50 percent is acceptable. Values over 65 percent are found in hays not acceptable for horses.

Equine Digestible Fiber (DE) – Horses in light work need about 20 megacalories (mcal) per day. Most hays have between .76-.94 mcal per pound. If the value is less, hay may not be suitable for horses.

Hay testing may also include measurements for other components, especially minerals, and of the minerals, especially calcium. Generally speaking, the more energy your horse needs (be it as a pregnant or nursing mare, a growing colt, or a horse in heavy use), the more you’ll want to pay attention to these more specific quantities.

Many make hay purchases with priorities that have little to do with its nutrition: location of the field, cost, convenience, and the relationship with the hay provider. If the hay is inferior – if a horse has trouble maintaining weight or develops issues like Chronic Obstructive Pulmonary Disease (from dusty hay) – its owner will use Band Aids, like soaking the hay or using grain 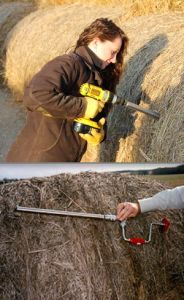 and supplements. Those measures can further stress the horses’ metabolism.

Here are some questions to ask yourself as you consider your next round of purchasing:

If you buy untested hay, you can always have it tested yourself. But pay attention to advice from testing companies like Equi-Analytical; the biggest mistake customers make is in sample selection, said Flis, who recommends investing in or borrowing a hay probe in order to collect a good sample.

The stage of maturity when the crop is cut provides the foundation of its nutritional value. Flowers, seed heads, and thick stems are examples of an older plant. As plants age, they will have more fiber and less protein. Leaves have more protein and digestible energy than stems. 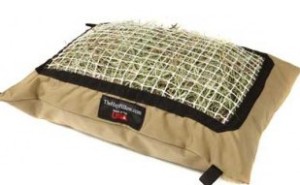 All other variables being equal, weather (precipitation and temperature), is the biggest factor determining the success of a hay season. For example, Flis judged the hay contest at this year’s New York State Fair, after weeks of rain forced farmers to harvest much later than usual.

“It was over-mature,” she said. “There was more fiber, lower protein, less energy, and lower digestibility…We had four weeks of rain. It was a hard year to make hay.”

The University of Minnesota Extension program has an excellent library of articles.