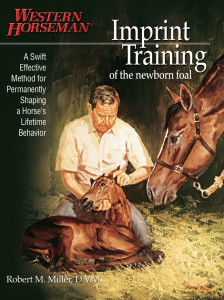 It’s scary how bad science begets bad practice with a bit of marketing and use of the title ‘Veterinarian.’

That’s what Dr. Robert Miller has done with “Imprint Training” a technique popularized by his book (published by Western Horseman). Miller piggybacked on the work of Konrad Lorenz, who played Father Goose by imprinting goslings. Lorenz wrote “King Solomon’s Ring” back in the 1950s, spouting the kind of “scientific observation” that today is dismissed as anthropomorphic and unethical.

Miller, whose book was first published in 1991, believes that intensely handling and “bonding” with foals will make them easier to handle and overall better horses. His process involves jumping in to intimately handle newborns 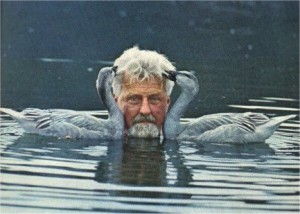 for hours in the first days of life. He advocates lengthy sessions at time of birth, at time of the first foal’s standing, and again when the foal is first walking.

Multiple university studies have concluded that imprint training has either no impact or a detrimental impact on foals. Shelby Dennis of Milestone Equetrian does a good job of summarizing it here. 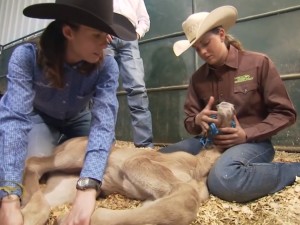 Recently, Lauren Fraser of Good Horsemanship implored her students to reexamine the mounting evidence opposed to imprint training. She pointed to a Clinton Anderson promotional video as frightening example of imprinting at its worst. Watch it here.

In it, the foal is pinned down and subjected to multiple stimuli, all in the name of making the newborn more manageable over time. It doesn’t take expert eyes to see that this practice goes against two key horsemanship tenants:

Moreover, Miller’s imprint “research” fails in the face of how we evaluate science based on a scale called the Evidence Pyramid. The highest-ranked evidence involves systematic reviews, that is, meta-analysis of several studies all considering the same topic. The lowest-ranked evidence is expert opinion. 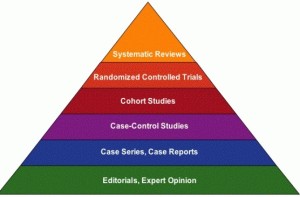 “Consider your sources. Stick to university studies, clinical studies, and other reports without bias and without any ulterior motives (like selling you something)…The weakest information is based on expert’s opinion.”

Miller cites as Don Burke, Kent Hersman, and Tom Dorrance as experts testifying to the success of imprinting:

On his webpage touting the benefits of imprinting, Miller quotes Dorrance:

“I found out these young ones learn just as fast, or maybe faster, than older ones. It’s surprising how quick these little ones catch on and how lasting it is.” 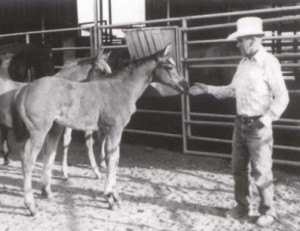 On page 31 of True Unity, Dorrance pens these very words. But Miller has taken them shamefully out of context. Dorrance happens to be discussing the value of starting to work around horses when they are weeks or months old. Of working with foals, Dorrance continues:

“My approach is not quite so sudden, and there is a time and a waiting for the foal to present itself to me more than me presenting myself to it…Anytime the foal gets a little unsure and wants to withdraw I back up and take a fresh start; maybe then, or some other day.”

I couldn’t find one single respectable horseman or woman who would endorse imprinting.

Randy Rieman, for one, lets the foal and mare get squared away without much interference. Rieman travels internationally for clinics and worked with the Dorrances for years when he was younger. He likes to develop horses with their sensitivity and instinct for self-preservation intact. Imprinting interferes with those essential components of a horse’s development.

“I think imprinting is detrimental. It creates problems you’ll have to fix later,” he said. 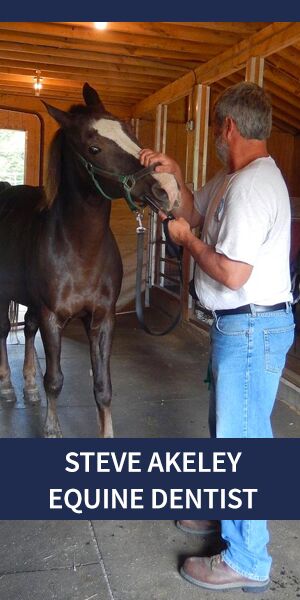