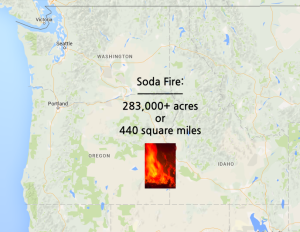 During one of the most devastating wild fire seasons on record, one of BestHorsePractices’ preferred horsemen, Martin Black, was immediately impacted by the country’s largest fire to date.

Imagine a fire consuming a third of the state of Rhode Island. Or the entire city of Los Angeles.

Such was the enormity of the fast-moving Soda Fire, which grew to at least 440 square miles in western Idaho and eastern Oregon, aided by high winds and temperatures. After several days, it has been just recently 95 percent contained. Crews are working to make sure hot spots are tamped down.

[Incidentally, many ranchers have noted that the fire would not have grown so large if they’d been allowed to graze more in that BLM area. Undergrazing meant there was ample fuel. Read more about that here.]

In harm’s way were Black’s several horses and his neighbors’ livestock. Scores of 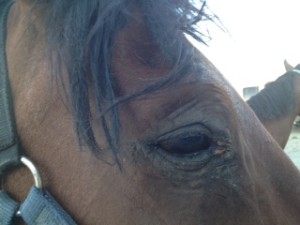 cattle were killed or had to be put down. Twenty seven BLM mustangs died. But the 21 horses in Black’s charge survived.

We spoke with the clinician and co-author of Evidence-Based Horsemanship, who reported that several horses received burns, had scorched manes, tails, and whiskers.

“You couldn’t clip a show horse any closer,” said Black. (A funny comment since Black discourages clipping vibrissae. Read about it here.) 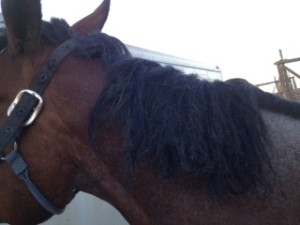 Black had these horses on rugged, mountain pasture that was some miles from his home base in Bruneau, but he pieced together what must have happened after talking with eyewitnesses and surveying the damage to the range and to his horses.

“In less than 20 minutes, the fire moved a mile from where it started through the field where my horses were. There was no time to do anything but watch…All 21 horses were running in front of the flames then went out of sight behind flames [which were] much higher than the horses. Not being able to get away, the horses turned and ran straight back through the fire getting behind where it had already burned.

Two horses received second degree burns to their face and muzzle. Eye lashes and inner ear hair burned to nothing. Manes and tails burned half off.” 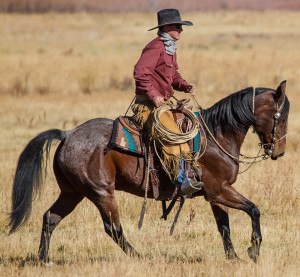 Frosty and McRoanie, in better moments

Most of the other horses were not nearly as injured, reported Black, though their long, flowing tails were singed up past their hocks and manes were nastily trimmed to half their length by the flames.

So, who were the front runners? Which horses literally took the most heat?

They were Black’s most accomplished bridle horses: Frosty and McRoanie, two gelding brothers he likes to call his “Special Forces” horses. They’re smart and confident because Black has meticulously worked with them over many years. He’s conditioned them to learn to learn. (They’re also nearly identical.)

It is no coincidence that they took the lead and led the herd to safety, he said.

It seems mental conditioning may have an impact well outside the arena or ranch work. 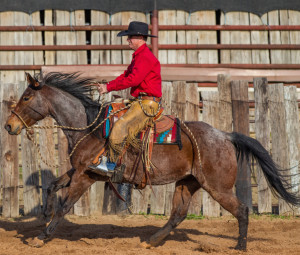 Best wishes for a speedy recuperation, Frosty and McRoanie! 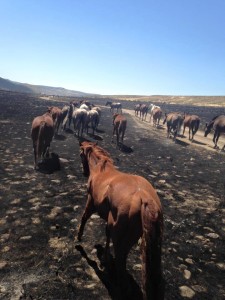 Horses in the Soda fire aftermath